Selinunte (in ancient Greek: celery, selinay; in latino: Selinus) it was one ancient Greek city It located on the southwest coast of Sicily; Today is the largest archaeological park in Europe. 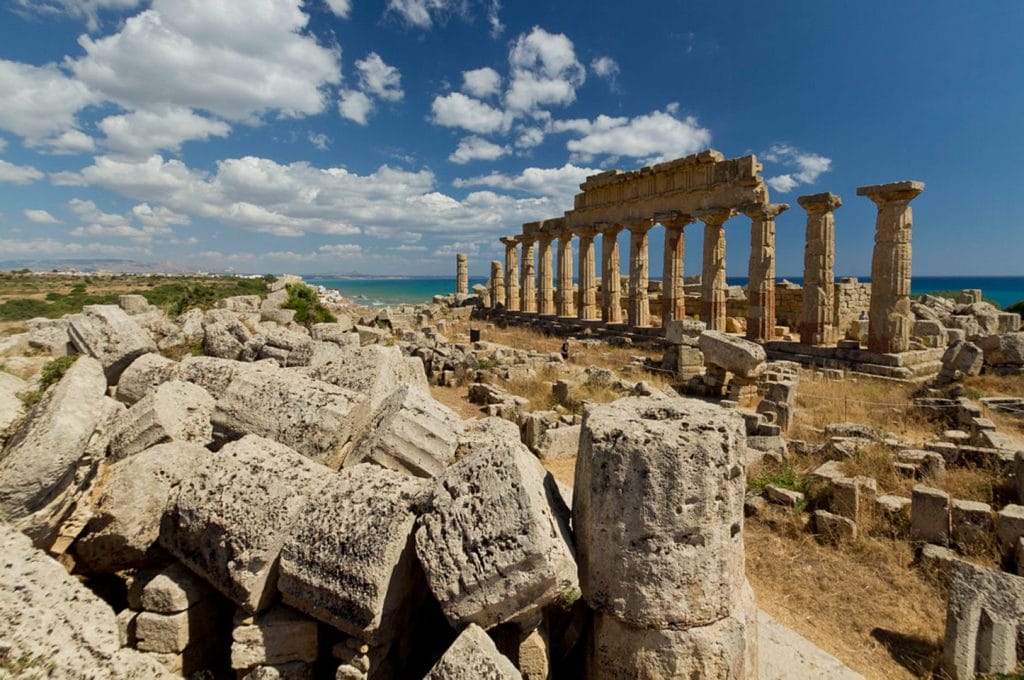 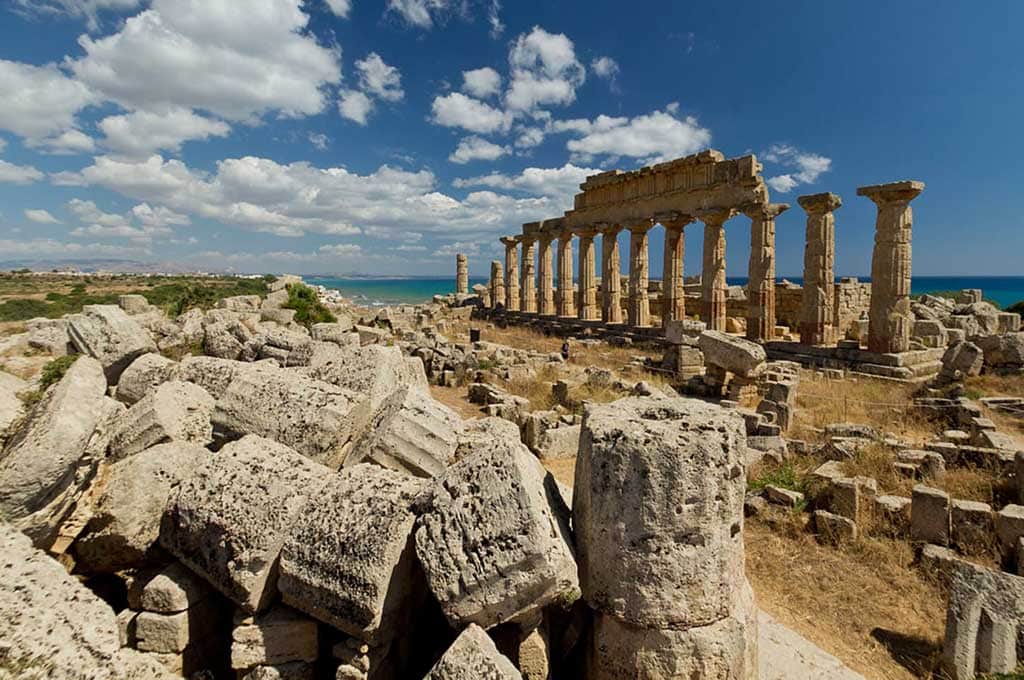 The ruins of the city are located on the territory of the town of Castelvetrano, in southern province of Trapani. In the archaeological site, on’acropoli there are some temples along with other secondary constructions, while other temples are located on a nearby hill.
Many buildings are ruined after earthquakes occurred in the era medieval; However, several interventions anastilosi They have enabled us to reconstruct almost completely Temple E (So-called temple of Hera), and to raise largely one of the long sides of the Temple C. The most famous work, l’Ephebe of Selinunte, It is now on display at the Civic Museum of Castelvetrano. 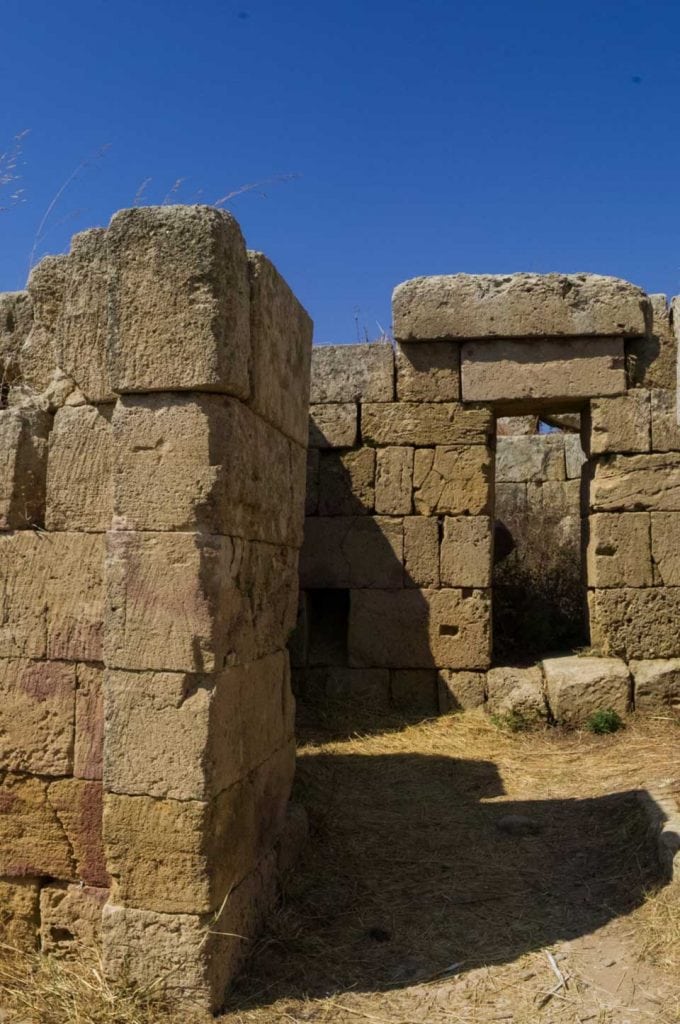 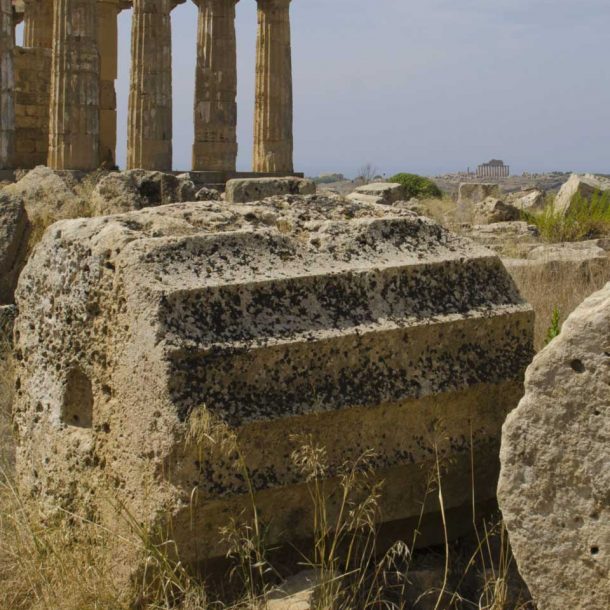 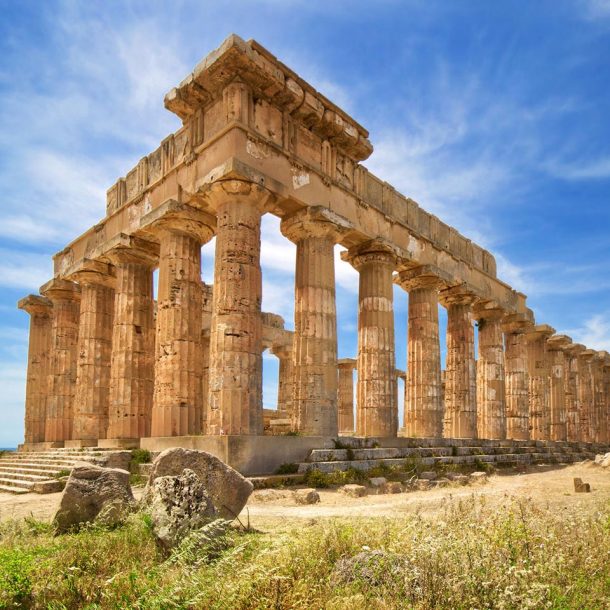 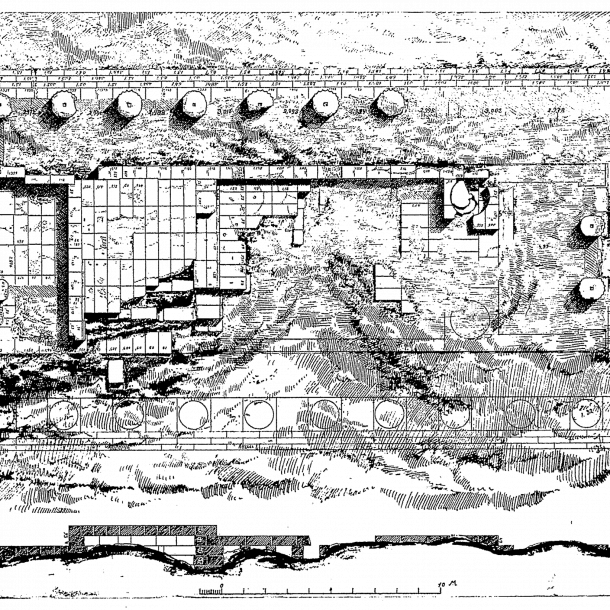 Celery selinunte,
symbol of the coin.

Selinunte called by the Greeks “Selinùs“, deriva il suo nome da shillings (Selinon), the celery which still grows wild, It became a symbol of the coinage of the city.
The city had a short life (about 240 years). Its population grew to reach 100.000 inhabitants.

It was founded in 650 a.C. (Diodorus) Along the coast of the Mediterranean Sea, between the two valleys Belice he was born in Modione. quickly he reached its zenith in the sixth and fifth centuries. a.C.

At first on good terms with the Carthaginians, After their defeat at the Battle of Himera (480 BC), Selinunte made a covenant with Syracuse, which remained faithful. Its policy of territorial expansion towards Segesta It caused several wars, not least that of 415 a.C. where he sought help from Segesta Athens because he intervenes against selinuntina initiative supported by Syracuse.

A Selinunte the final battle took place in 409 a.C. with the intervention of the Carthaginians that, landed in Sicily with an army of 5.800 men under General Hannibal Mago (Son of Gisco),[7] caught by surprise the city fell, after only nine days of siege, before they could reach for help from Syracuse and Agrigento.

The coup de grace, finally, she was struck by a violent earthquake that, Byzantine period (VI-IX century), He reduced its monuments to a heap of ruins 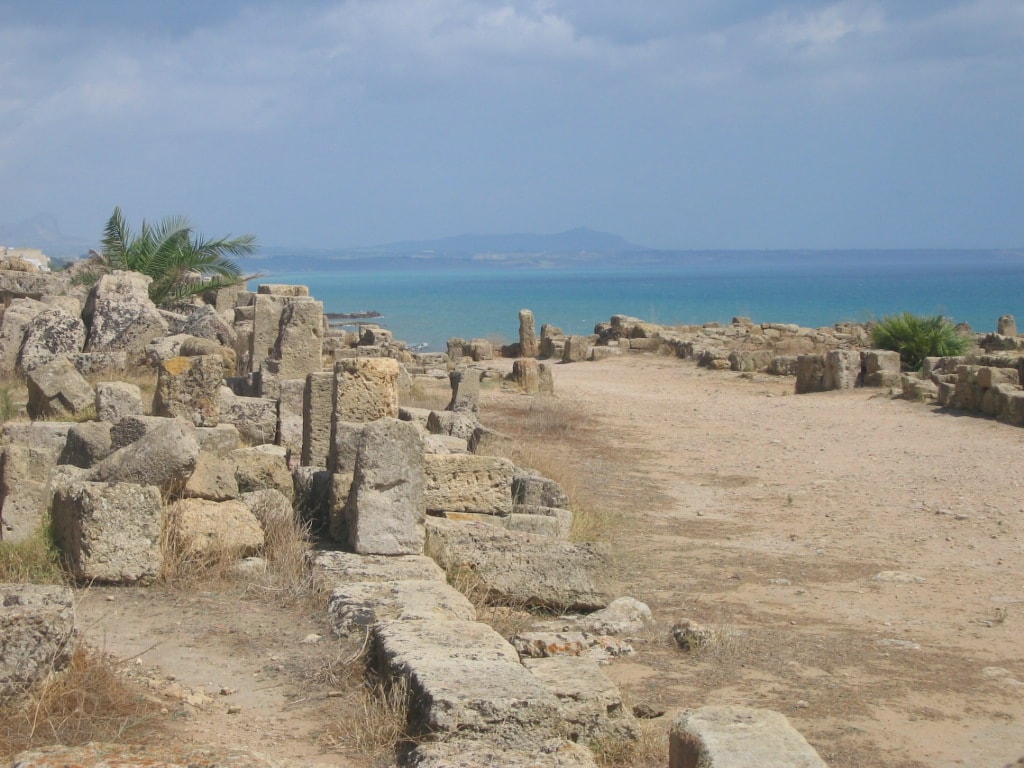 Reidentificata only in the sixteenth century, for work of the theologian and archaeologist Thomas Fazello, religious of’Order of Preachers.

The student documenter effected the careful reading of the texts of Herodotus, Diodorus,Eusebio, Thucydides, Empedocle, Diogenes Laertius, Strabo, Pausania, Tolomeo, Pliny. In October 1551, through the description of topographical details, spotted and identified uniquely with the land of Lipulci the ruins of Selinunte. The first investigations and excavations were carried out in 1809 by the British.